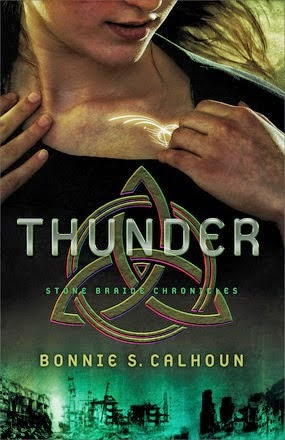 In post-apocalyptic America, Selah Chavez is crouched in long grass on a shore littered with the rusted metal remnants of a once-great city. It is the day before her eighteenth Born Remembrance, and she is hunting, though many people refuse to eat animal flesh, tainted by radiation during the Time of Sorrows. What Selah's really after are Landers, mysterious people from a land across the big water who survive the delirium-inducing passage in small boats that occasionally crash against the shoreline. She knows she should leave the capture to the men, but Landers bring a good price from the Company and are especially prized if they keep the markings they arrive with.

Everything falls to pieces when the Lander Selah catches is stolen by her brothers--and Selah wakes up the next morning to find the Lander's distinctive mark has suddenly appeared on her own flesh. Once the hunter, Selah is now one of the hunted, and she knows only one person who can help her--Bohdi Locke, the Lander her brothers hope to sell.
With evocative descriptions of a strange new world that combines elements of scientific advances, political intrigue, and wilderness survival, Bonnie S. Calhoun weaves a captivating tale of a world more like our own than we may want to admit.

This is the first novel in an all new series by Bonnie S. Calhoun. "Thunder: is considered a dystopian novel. What does dystopia mean?  Here's what I found from Wikipedia on the subject:
A  dystopia (from the Greek δυσ- and τόπος, alternatively, cacotopia, kakotopia, or anti-utopia) is a community or society that is in some important way undesirable or frightening. It is literally translated as "not-good place", an antonym of utopia.

Think more end of the world, the end of time and a story unraveling from a tragedy. This type of literature may not be for everyone but it did perk my interest and I'm here to tell you my thoughts on this novel!

When first reading you learn a lot about the main characters Selah and Bodhi. You will enjoy following them along their journey in this book, its a hard one to put down! Has the feel of a lot of the Young Adult fiction that is out now, think Hunger Games and Divergent. We are 150 years after the "Time of Sorrows" on the East Coast in the United States. The earth was attacked by nuclear war which resulted in major weather implications of catastrophic measures (volcanoes/tsunamis).

Selah is almost an adult and will have to find her mission in life, is it to be married to one she does not wish to be with or set forth on another mission? When she discovers a "Lander" named Bodhi everything changes, her life is thrown into chaos upon her discovery and her journey begins. You will be enthralled by Thunder and craving for more as do I! I can't wait for the next book in the series, I'm hoping for all of my unanswered questions to be revealed. Who are the Landers? We will hopefully find out much more in the 2nd Stone Braid Chronicles Book "Lightning", later on Fall of 2015! You can purchase this great new book at Family Christian.


Bonnie S. Calhoun teaches workshops on Facebook, Twitter, HTML, and social media at writers conferences. In her everyday life she is a seamstress and clothing designer. Bonnie and her husband live in a log home in upstate New York with a dog and two cats who think she's wait staff. Thunder is her first YA novel. Learn more at www.bonniescalhoun.com.

I received this book free as a member of the Family Christian Blogger program. I was not required to write a positive review. The opinions I have expressed are my own. I am disclosing this in accordance with the Federal Trade Commission’s 16 CFR, Part 255 “Guides Concerning the Use of Endorsements and Testimonials in Advertising.”

You Can Get Free Gift Cards For Shopping, Searching and Discovering What's Online at Swagbucks.com 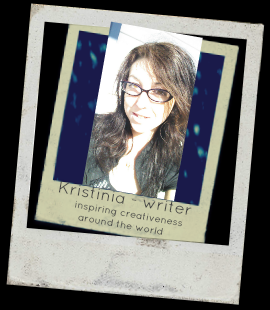